In this tutorial I am going to present my way to construct a plaque for Hekate with a representation to Her.

This April, a Torchbearer of the Covenant of Hekate, Giovanna Diaz, created a project. The idea was simple. To create something from clay to be used in our altar. I like to participate in creative projects, so I joined, though I knew nothing about clay! People change and I like to change for the best. I bought clay which dries by the air in 24 hours and some wooden tools. The tools cost me 5 euros and the clay 2 euros per package (500gr.).

I wanted to make a plaque. I was jealous of the famous roman plaque with Hekate. The one which is rounded. I took the clay out of the box. I put some water in my hands and I made a ball with the clay. A ball without holes or lines. 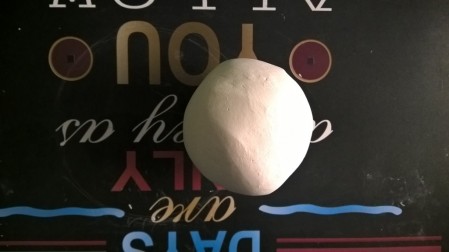 Then I put on top of him a palette and over her a heavy book. I pressed the book until the ball became a round disc. Then I used a circular box and I cut the clay. I put water in the perimeter of the circle and with my finger I made it smooth. After 24 hours the claw was ready for drawing. I used acrylics and a number 2 brush. 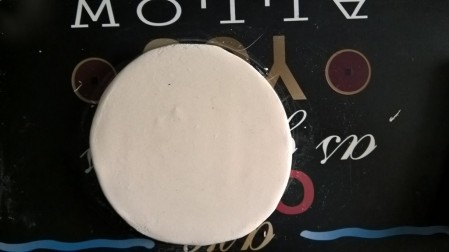 I hope that you will like the final result. Make yours and if you want to share them, email me at hecateatawitchalone.com 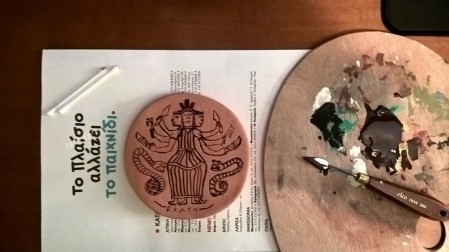