« Theocritus and Hekate - Plato and the Personal Daimon »

Plutarch and Hekate in Superstition

Plutarch has written a book about superstition, the wrong fear of the Gods. He is comparing this disease with another one, atheism. From his text we see that Hekate was feared, she was the Goddess of magick and we see a clear identification with Artemis.

Plutarch has written a book about superstitions. Until the 4th century b.C. superstition (δεισιδαιμονία) meant in hellenic higher respect to the Gods. After it took another meaning, the fear of the Gods. That Gods act sometimes to harm people if they have shown little respect. Theophrastus wrote that some people had such high superstition levels that they were like carring a disease. Those people believed that God is responsible for all bad things that happen in life, so people should act in order to calm the God.

Plutarch writes: Superstition as the word says is a way of thinking that has passion in crisis, creates new ideas, which make human humble, take its powers. That human believes that the Gods exist but they provoke sadness and fear (165 B) 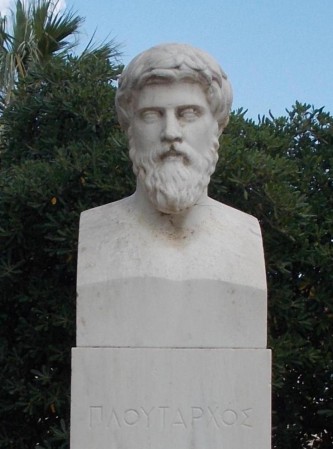 Superstitious people have a hard time to sleep because they see dreams that torture them. They see horror images, punishments etc and their soul becomes ill. Plutarch writes that the soul is punishing itself by accepting illocigal axioms. The supestitions people do not interpret their dreams as symbols, but they take them literally. So, if a man sees that he is dying, when he will wake up, he acts like he will die. This was totally illogical from the hellenic way of thinking, that's why superstition was a disease of the soul.

Like nowadays, people visited Witches or people who claimed to be Witches but they were frauds. Their only purpose it to gain money from those souls. As Plutarch wrote, those frauds were using the name of Hekate, the Goddess of magick:

"If you fear the images tat come when you sleep and you feel that the group of Hekate Chthonia is coming to you then call a crone and go sink in the sea watter, stand by the seasore and stay there all day."

As we see, Hekate was a powerful Goddess clearly connected with magick and ghosts. The crone witch adviced people to spend a day to the sea, in order to cleanse themselves from the energy of the dream.

In 170 Plutarch writes about Artemis but in his time Artemis and Hekate were closely connected. From the text, we see the energies of Hekate. Plutarch writes verses from an unknown source: "Whether you came from the gallows
or you were close to a woman who gave birth
or you returned from a mourning of a dead
you entered this sacred place with miasma*
whether you were lead here from the three-ways crossroads
or from the cleansing ceremonies
you have been associated with a dark killer."
Hekate right? Not Artemis!

Timotheos writes a verse of how you chant for Artemis in Athens. He is calling her: thyiada - > which means mainada with mania, ecstatic foibada -> which means out of control mainada ->same meaning lyssada - >with lot of rage.

I will close with a rhetorical question by Plutarch. To say bad things about the Gods is disrespectful. To think about them bad things, isn't it?

Miasma is when a serious amount of negative energy is in your auric field.