from 2015 to 2018 we shared more than 150 articles with you. We have build a website to categorize better those articles, search on them, comment them, participate more, vote and send us your feedback. If you liked our blog A Witch Alone At the Crossroads follow us in the Crossroads Witch. 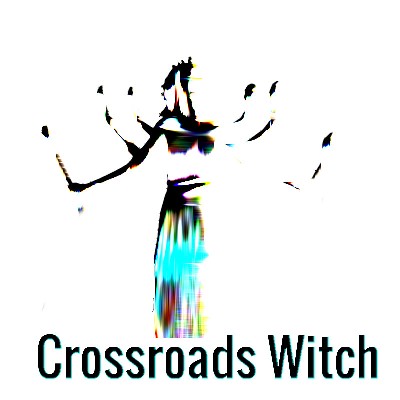 Register on the page, register on the newsletter, comment on articles and blog posts, read reviews, vote on books and articles, vote on polls, send messages to other members and respond to comments. The new website has many capabilities and you can access it from your mobile phone, your tablet, netbook, pc, etc. The Crossroads Witch will be an attempt to create a good crossroads (meeting point) for devotees of the ancient Goddess Hekate.

May we meet there. 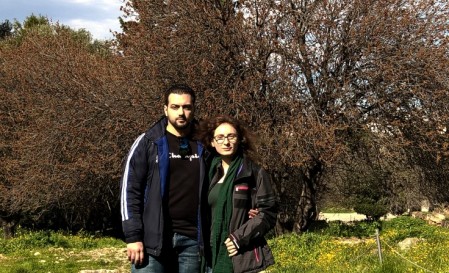 This month, December 2017, I gave exams for the brown belt in Judo. The brown belt is the last belt before giving exams for the grade of 1st Dan black belt. The brown belt (1st kyu) in Judo is the most important belt in my opinion because as students we have seen by now the Gokyo no Waza which is the material of techniques learned in Kodokan since 1895. Teaching for five years Chapkoondo and Taekwondo, and heading for my third black belt at the age of 25 in Judo and also having passed time studying magic, I came to spot some similarities between magic and martial arts.

T.H. Pattinson was a watchmaker in Yorkshire of northern England and a member of Societas Rosicruciana in Anglia (S.R.I.A.). He was initiated in the Esoteric Order of the Golden Dawn in 1888, thus he was one of the first members. At 20th of June he wrote a letter to Westcott, the founder of the Golden Dawn, in which he describes a vision he had. The letter can be found in R.A. Gilbert's book, The Golden Dawn Scrapbook, Weiser 1997

Creating A Katadesmos From PGM VII

I have already written an article about this subject but I want to expand and share another spell from PGM VII 429-458 In that spell Osiris is called with voces magicae implying their secret names. The interesting thing is that the spell is short and quick but it also requires knot magick if you release the katadesmos in special places, using again the famous voces magicaes ASKEI KAI TASKEI (as the ancient text writes).

Katadesmoi in plural, katadesmos in singular are an ancient hellenic magickal technique. It requires a lead tablet and a nail. The desired purpose is simply written in the lead and then it is fold in half and with a nail on the center it is bound. The instructions of how to make a lead tablet efficently for magickal uses could be found in ancient papyri and ancient tablets.

There are some basic structures of creating a binding, but in this article I am just going to provide the instructions from the PGM V 304 - 369 This papyros is stored in the Museum of London, not in Hellas. For the following katadesmos a papyros is needed, plaster, calamus pen, myrrh and threads/cords. It can also be done with lead. If you have the PGM in translation edited by Hans Dieter Betz open at page 106

Today, in Hellas there are no books on that subject and definately it is a forbidden subject for any hellenic university. The visitor of any hellenic museum will not find clues of ancient Withcraft, not even the Goddess of Witchcraft. The ancient tools, regalia and items of Witchcraft are not exhibits in any hellenic museum. The texts that are written by archaelogists in ancient archaeological sites do not write anything about magick. Did magick ever existed in Hellas? And if no, why all the words that are used in european languages about Witchcraft and its fields are hellenic? Well, magick was born in ancient Hellas and its foundations were the ancient hellenic mysteries, which could be found all over ancient Hellas, till today, where the ruins of the ancient temples stay and expand their energy spheres to the auric fields of the visitors. Mysteries, folk magick, professional witches, professional oracles, necromancy, war oracles, charms, spells, defixiones, talismans, basically any type of divination and magick was practiced all over ancient Hellas.

Why then, some scientists refuse to write what happened? Magick and science have strong connections, with magick being the oldest. So? A, the older brother sometimes gets angry... Anyway, let's follow Aeschines and speak the truth, not that it makes us feel good. For Witches magick is good and makes us better persons, but for people who cannot understand the basics of magick, like what is magick, then, for them, magick has a bad reputation, this reputation that they have given to this ancient noble art of the wise.

Some words that have been associated with Witchcraft, had changed their meaning in modern hellenic. One of these words is magganon, which meant in ancient times a potion or a charm, but nowadays it means something that is a faud. It simply doesn't work. The same word also ment something that helps bending in mechanics. Witchcraft is also the art of bending the fate. The wisdom of hellenic language is clearly understood. This change of the meaning occured in the middle of the Byzantine Empire. Christianity degrated Witchcraft in a way, since the Old Ways were an obstacle for the spiritual kingdom of the new religion. Let's return to the meaning of bending. As Aleister Crowley said, you can overcome the rules if you know them very well. Ancient Hellenes writers describe the Witch as a wise man and this continues to the Roman Period from Dion and Porphyri who write that Witches are priests of Gods closely connected with them. Strabo writes that in Parthia (Asia) Witches consisted one of the two parliaments that proposed laws. The kings of Parthis were elected from those 2 parliaments. Again in his work, Strabo writes that Garmanes had Witches who also were philosophers and necromancers. Those opinions are the same as mr. Gerald Gardner and his students had spread when they started to speak about Wicca. Magick gave birth to philosophy and philosophy. One of the sections of philosophy was the natural philosophy, the one which is called today, science. Pythagoras is a great example to follow, a scientist and a witch at the same time.